If you looked out the window during the month of October the first thing that you would have noticed is the persistent traffic as the country prepared to host the Commonwealth Heads of Government meeting. Preparation meant putting in massive new sidewalks on almost every street.

Some streets had a new coat of tarmac laid on with whole sections being closed off even during peak hours.

Kir.Poorwarama road has closed following an accident #lka #SriLanka electricity in the area has been disconnected pic.twitter.com/A7OmFDmUqP

What the road development authority built, others destroyed leading to more road closures (and power failures).

Since demonstrations and protests during the upcoming CHOGM had been banned, we had a fair share during the month and as always Sanka was there to take a few photos. 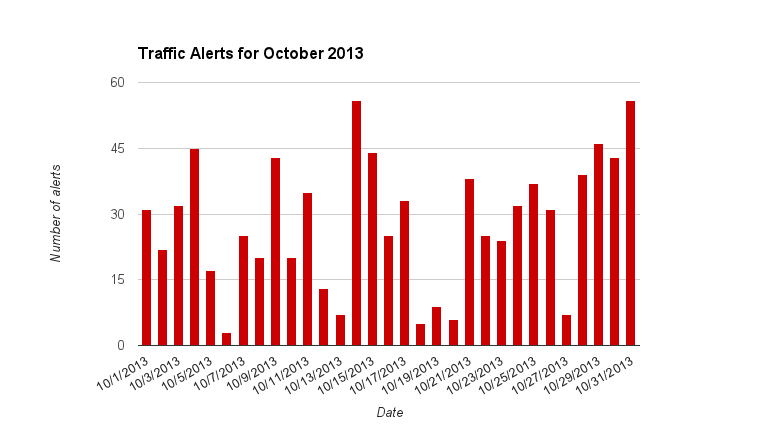 The combination of all these factors resulted in a mean of 28.0 published traffic alerts per day during this period. As the chart above shows, they were evenly distributed across all work days with a small respite on weekends and public holidays. The mean for September 2013 was 20.6