What caused traffic in February?

Why did people get caught up in traffic jams in February. Well there was a fast unto death...

A fire or two

Traffic at Dehiwala from Williams due to Independence Day celebration of Dehiwala MC pic.twitter.com/FwwS1aLwpf

And of course protest marches. Several of them in fact.

Pic - Members of #SinhalaRavaya block the road in Fort and say that they r waiting for a decision from #MR #srilanka pic.twitter.com/Rpwnpdo4DG

Finally if traffic happened to be moving smoothly, there would always be a roadhog or two trying to cause trouble

Sigh these are guys who cause traffic by creeping. pic.twitter.com/L55p6X5GtC

Now for a look at the numbers 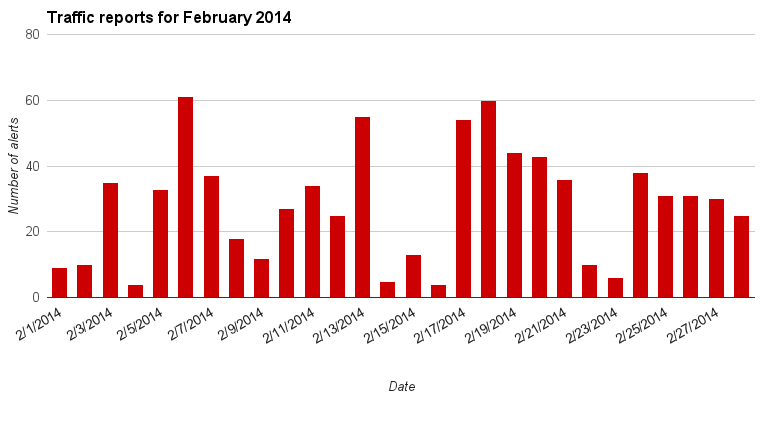 Clearly this is not as bad as January when the sky scrapers seemed to be a lot taller. It's no surprise then that the February mean for the number of published traffic alerts per day is 28.2 where as it was 39.5 in the previous month.